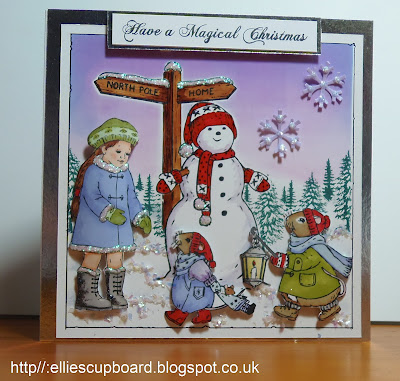 Jayne Nestorenko is bringing out some new Christmas stamps at the end of the month, so just couldn’t resist revisiting some old friends!
I’d love to say this was an easy card to make – but that would be a lie.
Everything seemed to go wrong, it’s been a while since I’ve done so much cutting out and decoupage – but hey think I’ve salvaged it and the characters are just so magical!
Stamps -  Jayne Nestorenko – Caring, Playing and Christmas Delights.


The first thing I had to do was stamp the snowman onto a piece of coated card then mask it. Then I stamped the sign post slightly behind the snow man and masked that as well. With both masks in place I brayered the sky in Adirondack Wild Plum and then around the top and edges in Stonewashed. I had to be careful to leave some white sky on the horizon so I could stamp the trees in Bottle without getting pink snow!
I glittered and coloured the sign post and snow man and left them to dry while I worked on the front characters. They were stamped on Centura pearl (the wrong side) card and coloured and glittered before cutting out. I rolled the cut out characters over a paint brush to get a slight curve before attaching them to the card with foam squares. The sentiment seemed to sum the picture up – everything was matted onto silver mirri card to finish it off.


I punched the snowflakes from coloured card and glittered up before sticking with glue and I used some ice crystals on the snow.

Et voila ! Phew so much planning and thinking trying to remember which bit to do before another -  I need to lie down in a darkened room now :-) ...... x
Christmas Cards Jayne Nestorenko

Thanks for your comment I do appreciate your feedback x 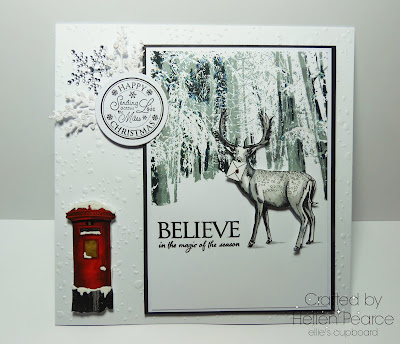 I had a play day with my friend Martine using some new Penny Black stamps. Inspired by the colours used by Cathy Andronicou (on their DT click to link to Cathy).  this is my version using her ideas on the background stamp.

The background stamp is Snow Forest and I added the stag and postbox from Joyful Holiday to complete. The background is covered in glitter which isn't showing in the photo. I think I'll be making a few more of these ! 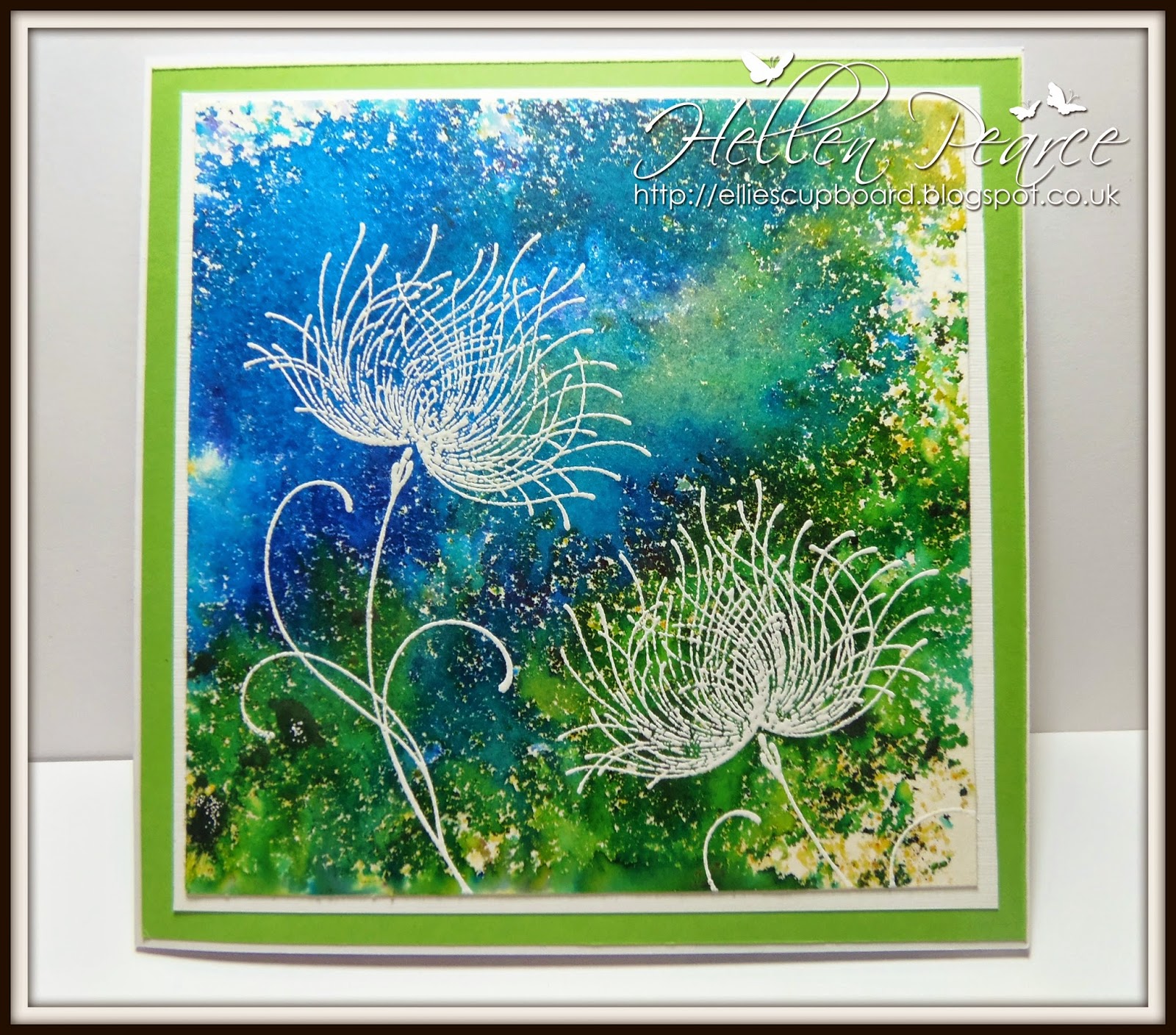 So many products on the market! Found this one the other week which is called Brusho, which is crystals of water colour which disperse out when you add water. So sorry I cannot find the lady who originally caught my eye on FB using them to give her credit but Eileen Godwin has been playing with them too with stunning results!

Less is more with these things - you can get covered just opening the pot can't you Martine Smith! Here's another where I used less Brusho but then realised I should have stamped with black, hey ho it's a learning curve all the time and great fun practicing!

The stamp is a Penny Black one called 'Dreamy' and I used Versamark and white embossing powder. 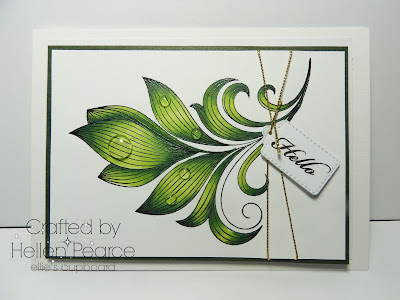 And another Honey Doo sample

Yes, I know you've fainted at me posting again !

Another sample made using Fancy Flourish from Honey Doo Crafts with a different feel from yesterdays card.


Simply stamped with Versafine and Crystal Clear EP then coloured with my Copic pens. Beautiful flowing leaves to blend my colours. I added a wee tag stamped with one from the Hello set and a few glass beads to highlight.

Don't forget to tune in to Hochanda on Saturday 10th to see more samples from the team.